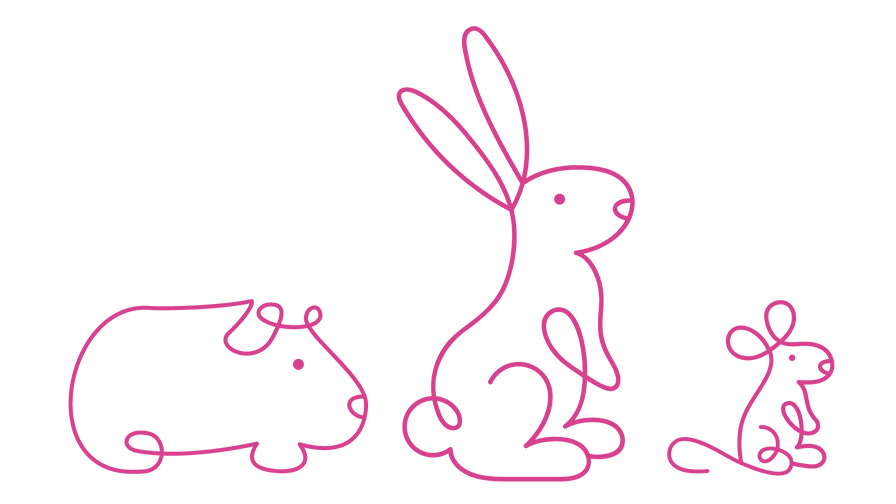 Posted By Beth on 2nd August 2022
SHARE THIS ARTICLE:
Our European Citizens’ Initiative (ECI) calling for an end to animal testing in Europe and protection of the EU bans on testing cosmetics on animals has reached one million signatures – but the fight is far from over.  We thank everyone who has already signed the ECI and given their voice to this enormous push on behalf of animals in laboratories, but we still need to get as many signatures as possible.  We have until 31 August to send an overwhelming message that the people of Europe care and want a faster transition to humane, human-relevant, animal-free testing and research.  In 2019, there was a total of 10.5 million uses of animals in Europe’s laboratories according to the legislation governing animal experiments in the EU. Out of the 10.5 million uses, 41% were considered by the researchers to have caused moderate or severe suffering to the animals involved. 2019 also saw a shocking 19% increase in LD50 (Lethal Dose 50) tests on mice. These tests aim to find the dose of a substance that kills 50% of the animals involved.  Kerry Postlewhite, our Director of Public Affairs, says: “One million signatures is a phenomenal milestone, but animals who continue to suffer in cruel and outdated experiments need so much more. We have built the largest-ever coalition to end animal experiments and are phenomenally proud of this collaborative effort.  “However, the fight to get dogs, cats, monkeys, rabbits, guinea pigs and other animals out of laboratories isn’t over yet. We need to keep collecting signatures to ensure that Europe’s lawmakers understand just how important this matter is to EU citizens.”  Your voice is more critical today than ever for animals suffering in laboratories. Our ECI will be checked to ensure that each signature is from a real person – and not all signatures will be considered valid.  If you are a citizen of an EU member state, please send a clear message to the European Commission about your support for the end of animal testing in Europe – and if you have already signed, please ask your friends and family in the EU to join you.
×