You can show your support by signing to end animal testing 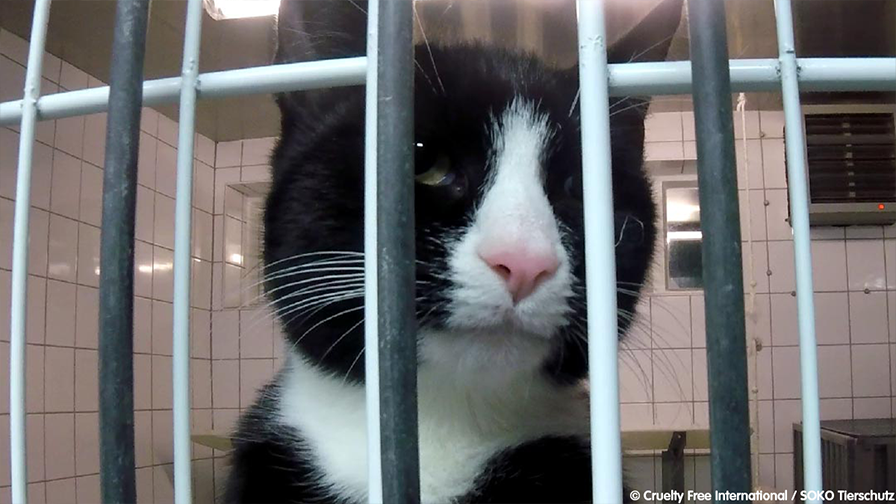 Posted By Beth on 9th February 2022
SHARE THIS ARTICLE:
A survey has found that 71% of Slovaks support a ban on animal testing, with support increasing further amongst women and those living in cities.[1] This result backs up our Cruelty Free Europe 2020 poll of EU citizens[2] in which 66% agreed that the EU should immediately end all animal testing, and 72% agreed that the EU should set binding targets and deadlines to phase out testing on animals. Over 10 million animals were used in research and testing in European laboratories in 2018 alone, with Slovakia accounting for 16,823 of these animals. Most animals were used in basic research – curiosity-driven research that does not directly aim to develop new treatments or cures. Product “safety” tests – where animals are forced to eat or inhale substances or have them applied to their shaved skin or injected into their bodies in an attempt to protect humans or the environment – accounted for just over 20% of animal uses. If animals don’t die during testing, they are almost always killed at the end of the experiment. Our Director of Science, Dr Katy Taylor, said: “We are delighted that so many Slovaks support an end to animal testing. Experiments on animals are not only cruel; a growing body of evidence demonstrates that they are also ineffective. Moving to modern, animal-free research and testing will benefit everybody.” Over 15,000 Slovaks have already shown they care about animals by signing to End Animal Testing in the EU. If you are an EU national, please join them and help us end animal testing across Europe by signing and sharing now.   [1] Focus Agency, 16-23 November 2021, surveying 1,005 adults   [2] Cruelty Free Europe and Savanta ComRes: Public perceptions of animal testing in the EU. https://comresglobal.com/polls/cruelty-free-europe-animal-testing-in-the-eu/
×