Almost two million animals used in experiments in Germany in 2020

We welcome fall in numbers, but much more needs to done 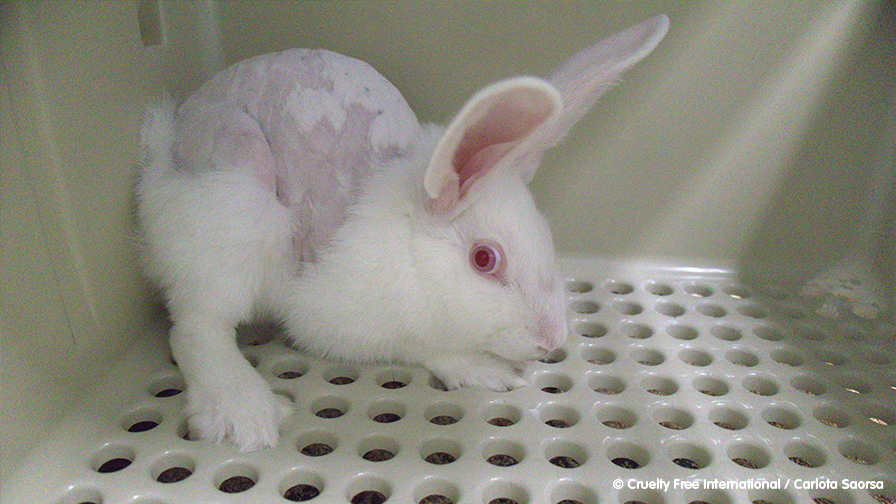 Posted By Beth on 11th January 2022
SHARE THIS ARTICLE:
German authorities have recently published the country’s animal testing figures for 2020, which show that – despite a 19% decrease in the number of animals used compared to 2019 – a staggering 1.9 million animals were used in experiments. The report from the German Federal Institute of Risk Assessment – the authority responsible for reporting the numbers of animals used in tests – did not comment on the reason for the decrease, but a separate Q&A document from the Institute suggests that it could be down to greater use of alternative methods. Whilst we hope that this is the case, it seems more likely that the drop is explained by disruption to animal testing programmes by the COVID-19 pandemic, the reason given by the UK Government for a similar drop there in 2020. In addition to the animals used in experiments, the report showed that 633,784 animals were killed in German laboratories in 2020 without ever being used in tests. These animals may have been used for breeding and then killed when no longer useful, reared for their organs or tissues or simply surplus to requirements. Where animals were used in experiments, most were conducted for the purpose of basic research, curiosity-driven research that does not directly aim to develop new treatments or cures. Basic research is an area notorious for overpromising and underdelivering – Cruelty Free International’s analysis of key animal-based “breakthroughs” found that just one of 27 had actually been realised in humans. Almost 20% of animals were used to manufacture or test the safety of products – a category including tests where animals are forced to eat or inhale substances or have them applied to their shaved skin or injected into their bodies. The animals are then subjected to further monitoring and testing before almost always being killed so that researchers can look at the effects on their tissues and organs. Monkeys represented 2,031 and dogs 2,560 of the animals used in experiments in Germany in 2020. A poll commissioned by Cruelty Free Europe in the same year showed that most EU citizens oppose medical research on these species*. Our Director of Science, Dr Katy Taylor, said: “Germany is consistently in the top three of animal users in Europe. We hope that the drop in animals used in German laboratories in 2020 does represent the start of a downward trend, but much more needs to be done to speed this up. Hearteningly, Germany’s new coalition government has committed to a plan to reduce animal testing and support for innovation through animal-free research, and we urge it to prioritise this.” If you are an EU national, please help us end animal testing across Europe by signing and sharing our European Citizens’ Initiative to End Animal Testing.   *Cruelty Free Europe and Savanta ComRes: Public perceptions of animal testing in the EU. 5,653 adults in 12 EU countries (Belgium, Croatia, Czech Republic, Denmark, France, Germany, Italy, Netherlands, Poland, Portugal, Romania, Spain) https://comresglobal.com/polls/cruelty-free-europe-animal-testing-in-the-eu/
×