The award, in honour of passionate animal protection campaigner, offers help to those determined to end animal experiments in Europe 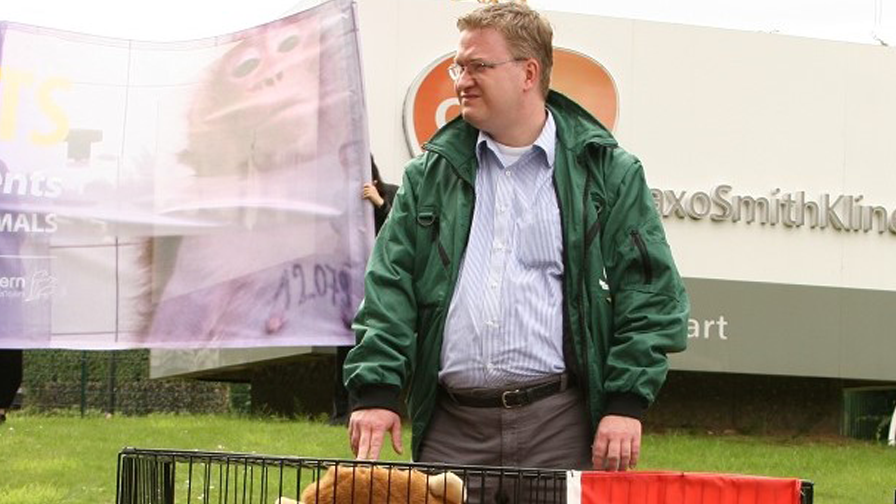 Posted By Beth on 7th November 2022
SHARE THIS ARTICLE:
Nominations are now open for the Geoffrey Deckers Award 2023, a prize awarded by Cruelty Free Europe to honour small and medium-sized groups or coalitions working in Europe to end animal experiments.  Now in its third year, the winner will receive 6,000 euros to fund a campaign, training programme or outreach work that focuses on animal testing.

Those interested can read more information and download a short application form from our website. Alternatively, please email info@crueltyfreeeurope.org. The closing date for applications is Monday, 28th November 2022.

The successful recipient for 2023 will be announced on Geoffrey’s birthday, 13th January. Previous winners have included EcoVegAnimals (EVA) and Ébredő Bolygó Alapítvány (Awakening Planet Foundation). After winning the award, EBA has taken action to promote animal advocacy, and most importantly what came to be a very successful European Citizen’s Initiative to Save Cruelty Free Cosmetics / End Animal Testing. The organisation has also been able to expand its team, widening its skillset and enhancing its impact in Hungary. Improving capacity across the organisation also freed resources to enable EBA to help organize rescue/evacuation missions for wild animals held in captivity in the Ukrainian warzone. Geoffrey Deckers was the much-loved former chair of the European Coalition to End Animal Experiments and Cruelty Free Europe, who tragically passed away in June 2020. He was a dedicated animal protection campaigner who co-founded Dutch animal protection group, Een Dier Een Vriend (now Diervriendelijk Nederland) in 1998.  Geoffrey went on to lead many successful campaigns in the Netherlands, across Europe and beyond. Most notable was his work to end the use of chimpanzees in biomedical research in the Netherlands, which saw the last chimps kept in European laboratories transferred to a sanctuary in 2006.  Michelle Thew, Cruelty Free International Chief Executive who worked closely with Geoffrey in Europe for many years, said: “We are delighted to continue to honour Geoffrey and his strong commitment to connecting animal protection advocates worldwide. We look forward to receiving applications from groups who will continue the dynamic and energetic campaigning for animals that was Geoffrey's hallmark.“
×